The simple, three-syllable word that forever changed my life, and my relationship with professional sports.

In other words, an audible occurs when a decision is made at the last possible second after assessing all possibilities, options, and obstacles. Quarterbacks often “call an audible” in football. Occasionally, your manfriend of 5 years may “call an audible” in your living room, on a cold Saturday night, while you’re both in your pajamas, and ask you to marry him. GAME. CHANGER.

Having been actively involved in athletics most of my life, I would consider myself to be a “sporty” person. However, my understanding of sports jargon, apparel, and players starts and ends on the baseball diamond. My manfriend, however, sleeps, eats, and breaths all things ESPN, and in case you haven’t notice, there is a season for everything. If it’s not the Stanley Cup it’s the Super Bowl, if it’s not the Super Bowl it’s the PGA Championship, if it’s not the PGA Championship it’s the World Series of Poker.

World Series of Poker = you guessed it! Poker

As I now spend several evenings, and several afternoons on the weekends relaxing to the sweet swoosh of a basketball as it soars through the net, the pop of a tennis ball as it ricochets off the clay court, the grunts of grown men as they huddle between plays, and the deafening scream of the siren as the game comes to an end, I inevitably have more questions than I do answers. And I have more comments than I do common sense to keep them to myself.

This, my friends, is an attempt to find and share the answers to those questions, to vent my musings, and to begin to better understand the world in which my manfriend spends most of his time. I did, after all, say yes. 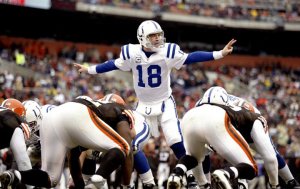